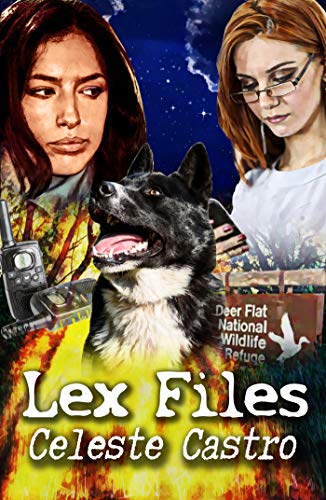 Good Afternoon Friends and welcome. Thank you for visiting last week to meet author Chris Paynter. Today I am presenting my review for Celeste Castro’s ‘The Lex Files.’ If you love a good mystery peppered with romance and paranormal activity then you are in for a real treat. 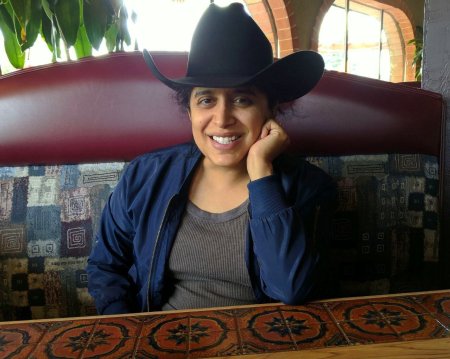 This story has two protagonists, Officer Winifred Ford and Officer Dayanara ‘Daya’ Soto who are investigators on a bizarre case that takes place on a wooded national wildlife refuge. It is told from the third point of view.

Winifred prefers to work alone and isn’t happy about working with others. Her idea of a vacation is working remotely in a motel room. She puts work first in front of her personal life. She stops at nothing to get the answers she wants and is no-nonsense. She says what she wants not caring if there are sensitive ears. She is very pushy which causes friction from the residents of the small town she is investigating. On the plus side, she is very intelligent and can speak several languages including Spanish. Also, she is very open-minded regarding things of the paranormal. Underneath it all is a soft spot that I will leave for you to find.

Daya is originally from the small town Winifred is investigating and she shows warmth towards its residents. Being nice to people is her strong suit and she knows how to use it to get what she wants. She has a sharp mind but is a bit skeptical of the paranormal. She is diplomatic when doing her job. However, she asserts herself and doesn’t back down even when threatened. At times she will exert a humorous side.

Daya’s best friend is her dog, Lexi, whom she takes on her cases. The pup plays a big role in the story and is very sharp. I love how much Daya is in tune with her; Daya is a dog-whisperer. You are going to love Lexi and what she does during the story.

One secondary character needs to be mentioned. Isa is a close friend of Daya’s and has a warm heart. She knows what to say to make situations better and really cares about the people in the town. Her role added a soft touch to the story.

I liked how the protagonists, although working together, took their time in getting to know each other before they began flirting. There is sex in the story and it is hot.

The dynamics between the two women are incredible. They play off each other very well, even when they are working on the case. At the start of the story, I really didn’t care for Winifred because of her personality. However, slowly she grew on me. Dayanara is a sweetheart and you are going to love her because of her soft demeanor.

The story offers a history of mythical creatures that I found interesting. I love how there are paranormal activity and crystals.

What was different from other books is that each chapter is named. This is a nice touch to the story and added a tidbit to what lay ahead.

The story is moderately paced but is long.  There are a few places I feel could have been tightened up. The mystery will surprise you, but be prepared as there are some graphic descriptions. A dangerous adventure will keep your attention and may cause chills down your spine. Enjoy. 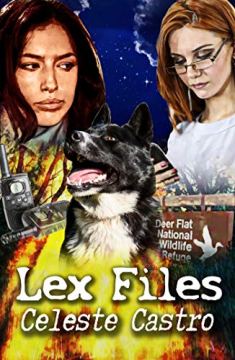 The four of them made their way up to the house. Between Ford and Mr. Soto, breakfast came together easily. What wasn’t so simple was convincing Soto she should catch up on sleep instead of going with Ford back to the preserve.
“I’ll deliver the briefing and get the operation on its feet,” Ford repeated for the third time. “Everything is in place.” Soto raised a finger as if in protest, but was cut off. “No. You don’t need to be there.”
“Maybe I just need more coffee,” Soto said with her eyes closed. “I want to come.”
“Well, you can’t. Federal project, federal orders.”
“Federal pain in my ass.”
“I’ll add you to my list if you don’t heed to my advice,” Ford said as Lexy helped her corral the zombie-like woman up the stairs and to her room. “Trust me, I got this.”
“I know you do. But why are you in such a hurry to get over there? It’s hella early still.”
“I’m picking up breakfast from Ginny’s.”
“But we just ate.”
“It’s for the team, the volunteers. I kind of owe it to them after yesterday.” Ford looked at her nails. “And the day before and the day before that,” she said, watching a smile spread across Soto’s face.
“That’s nice of you, almost sweet.”
“I can be sweet when I want to.” Ford eyed the bag of dog treats on Soto’s nightstand.
“How many did you give her?” 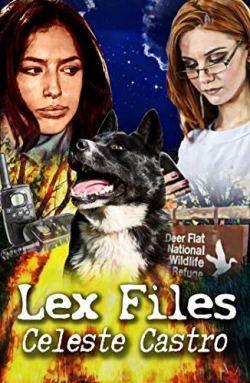 “You’ll have to ask Lexy.” Ford laughed at her response and watched Soto haphazardly work off her clothing, throwing socks, pants, and other layers about the room. Then, clad in only a white tank and her boxer briefs, she fell onto her bed, her hair covering her soft down pillow. Her eyes closed as soon as she was down. Ford turned to leave when she heard, “Do you want to sleep a couple of hours with me?”
“Um.”
Ford ignored her internal warning not to turn around and look at the sight before her. Soto threw open the covers and patted she space next to her. She watched Soto slip her hand underneath her tank, stroking her stomach.
“No…”
“Come on,” Soto said with lidded eyes. “We’ll just sleep.”
“I don’t think we would just sleep, do you?” Ford said as she walked toward her. “Because the first thing that I would do is slip off that little white tank top. And then I would have to…” Ford bit her bottom lip. “I’m imaging the sounds you’re making when I take you into my hands and tease you…” She eyed Soto’s breasts. “There.” Soto gasped and closed her eyes, squirming about. “I can almost feel the soft skin between your legs on either side of my…” Ford ran her fingers down her own cheeks. “When I settle in between on my way to confirm the taste of you.” Soto swore behind clenched teeth, squeezed her legs together and tossed about.
“You tease.” Soto pulled the covers up.
Ford laughed. “I’m the tease? I think not, especially after that little bird-watching lesson yesterday.”
Soto’s eyes popped open. “It’s not like I left you hanging!”
“Thanks to your unusually aggressive vibrating phone. What model is that?” Ford reached for Soto’s phone from the nightstand but wasn’t fast enough. Soto grabbed it first. Ford went for it again but Soto shifted it to her other hand and held it out of reach. “Sneaky.” Ford tried again with no luck as it disappeared under the covers somewhere. “Oh, you’re good.”
“I might need it now,” Soto said into Ford’s lips before she placed a kiss upon them and then another and another yet.
“I need it now,” Ford said. The taste of her, like the answer to a riddle, the most complex of cases, solved in an instant. “You’ll be the death of me.” Ford gathered every last bit of her willpower and pulled away. “Sleep. I need to finish getting ready.”
*
Four stars

Thank you for stopping by today. Be sure to visit next week when I’ll be presenting something new. 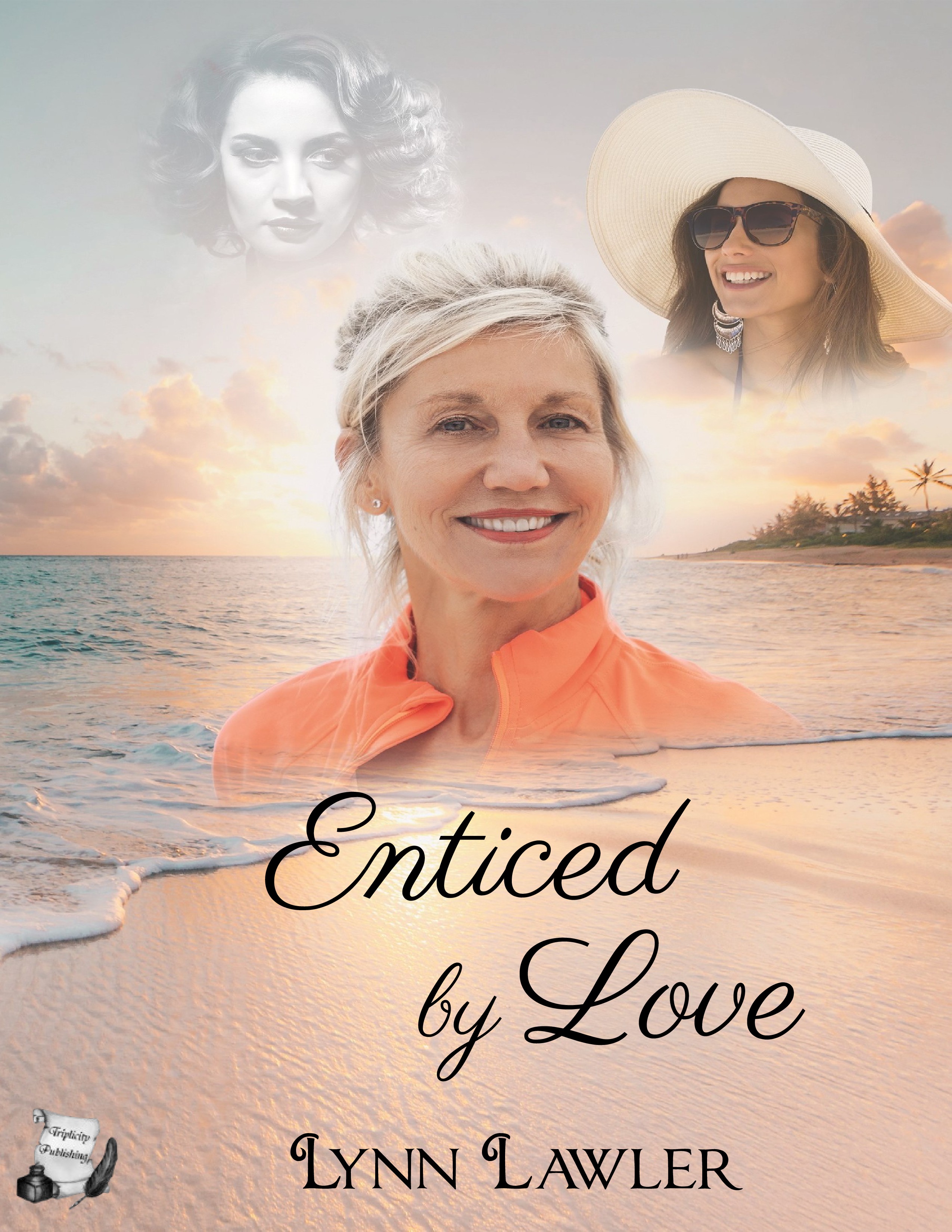 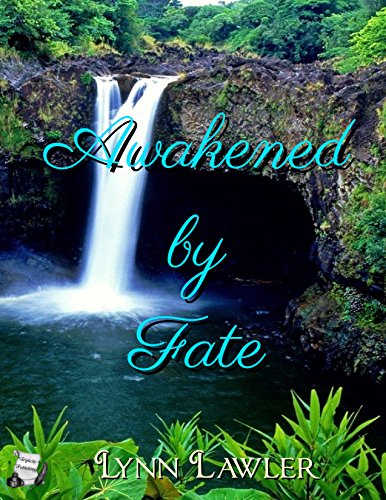