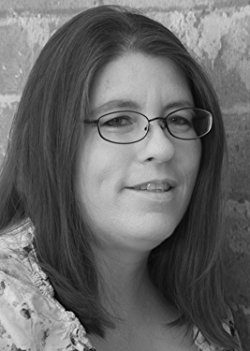 ‘Christmas Eve’ is the sequel to ‘Christmas Candy.’ It is a new chapter in Candy Parker’s life. She is back with a brand new attitude. She and her family are living in the home of the fireman, Gary, who had rescued her mom, Lanelle, and young son, Dakota, from the fire that destroyed her home the year before.

They are getting married and Candy is scared. She fears that she won’t be able to offer him the life she believes he deserves. Their relationship is very evolved and the love for both people is deep. This guy is amazing in all aspects. Yet she is fixated on one thing about him.

Candy grew up in a single parent household and found that she needed to put forth a lot of effort and faith to get the things she wanted out of life. Nothing was handed to her. Her fear of having money is great, yet she wants to move forward with her life. I really felt she was ready to change.

Candy loves her family more than anything and is always there for them. Her son is the joy of her life and the author clearly shows it. There were a few touching mother-son scenes that may cause your eyes to tear. Mine did.

“Her heart beating wildly inside her chest, Candy squeezed his hand. It’s ok, she steadied herself. They had rehearsed for this moment a few days before, but standing there, before his family, she found each breath a struggle. Her lips curled into a large grin, she waited as his fingers smoothed a few hairs out of her face.”

Candy also has to deal with Gary’s family as she is not comfortable with their ample lifestyle. She puts on a smile, her insides are shaking. Gary’s mother, Evelyn, is very controlling and not very accepting. He loves his mother, yet is now put in between the two women in his life. I found Evelyn to be annoying and at times I wanted to set her straight. This character was well thought out and the story shows it.

At the same time a secret from the past emerges, putting Candy in a difficult situation.   She is forced to deal with this at this time. Her frustration and fear were clearly felt, bringing empathy out in me.  One supporting character made me angry. This made the story even better and you’re going to have to read the book to find out more.

Candy has dreams, like all of us. What she wants more than anything is a loving home.   Deep inside, she is a strong woman. All she has to do is allow herself to grow.  The question is will love prevail.

The pace of the story is fast and can be read in an afternoon. The author included very clear descriptions and many times I felt like I was in the scene with the characters. The author also added a nice touch by naming all of the chapters.

I am waiting for the next chapter of Candy. If you like, you can read ‘Christmas Candy’ first. Here is an excerpt from this fine story:

Candy stared at the dress hanging on the back of her door. A creamy winter white made entirely of lace, it hung just below her knees when she had tried it on, and she knew that it was the one. Her veil a simple mesh that covered her face and topped her head with cream colored roses, she couldn’t wait to wear them.

As a girl, she had stopped dreaming of such things about the time her father died. She felt as if she had lived in a dark tunnel since that night, always running, trying to escape, but there had been no light at the end. Not until Gary came into her life, and even then she couldn’t see his light for so long; hadn’t wanted to see it.

Her fingers lightly caressing the lace skirt, she smiled. “We’re going to have a beautiful life,” she breathed. “Dreams really do come true.” Dropping the fabric, she packed her backpack and headed down stairs. She wanted to get to the school early and be ready for her last exam of the year.

I am recommending this story for everyone who loves the end of the year holidays with some romantic drama.