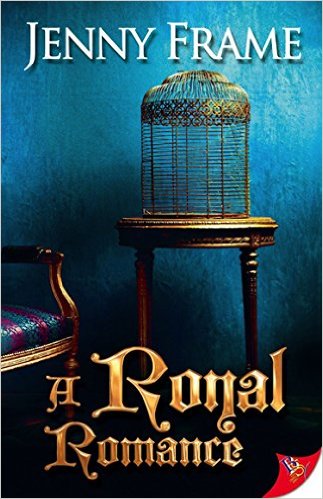 Good afternoon, everyone and a warm welcome to all of you.  Today I have a special treat for you!  I am reviewing Jenny Frame’s ‘A Royal Romance.’  If you love British royalty, this is a must read!  The main characters themselves will draw at your heartstrings.  Jenny really nailed it on the head and this story is a true champion.  Let’s read on!

“Maybe we can’t always get what we want, Miss Elliot, but sometimes you have to be brave enough to take what is offered freely to you.”

George from A Royal Romance

This story takes place in the future 2053-4.  Britain has changed and now the country is having their first gay monarchy.  In the beginning of the story, the author showed us a  traditional ceremony to set the tone.  Immediately, this gave me a connection to the Royal Family.   As an American I’m not familiar with these traditions and it was delightful experiencing them.  It was refreshing seeing the players being loving towards each other as opposed to the coldness of the old British sovereignty.

George is a member of the royal family and is next in line for the throne.  Her father, the king, passes and now she is now head of Britain, hence the new queen.  Her gentleness is felt from the first page and I was touched in one scene where she receives a letter from a young girl.

As I read on, I felt compassion for George and understood her role as Queen.  She is a real woman with real desires.  As much as she loves her country at times she feels stifled.  She longs to do things that many people take for granted such as walking into an establishment without security and a mob scene.  In her eyes, very few people can “see under the crown” as the author states. 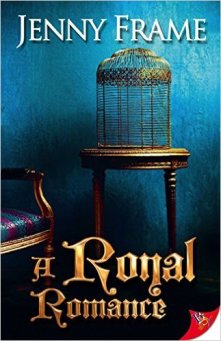 I fell in love with George. The author showed some sensitive issues that made me feel admiration for her.  George finds “common ground” with everyone she meets and leaves a positive influence on them.  Even more, she is kind to her staff, treating them with respect.  It was beautiful watching George unfold and her kindness never ceased.

Beatrice is the head of a hospice charity and loves her work.  The new queen takes an interest in her and makes Bea her escort to visit all of the hospices’ branches in England.  Bea is very professional in her manner is no-nonsense. She is a republican and disagrees with the monarchy and isn’t afraid to voice her opinions.  She has a past that could destroy her if put into the wrong hands.  The fire in her really fuels the story.

The family relations between Bea and her family are priceless and the reader can feel the love and sincerity. Bea and her mom are able to have heart to heart talks that filled my eyes with tears.  I love mother-daughter relationships in books because it is beautiful to see two grown adults understanding each other as well as helping one another.

Captain Cameron looked over the young woman’s picture. “No, Ma’am. She looks like a bonnie wee lassie.”

The dance between the new queen and Beatrice is breathtaking.  There are some really beautifully sculpted scenes.  Beatrice was able to put herself aside and be present for the Queen, who at times does shows us another side of her.

There is plenty of drama in this story.  One supporting character is so wrapped up in her jealousy for another person that she can’t see that she is broadcasting her insecurities.   The conflict between these characters is very intense to the point that it kept me on the edge of my seat.  I wanted to scream out, “Stop!”  At the same time, it added depth to the story.  Not to mention I got to see the behind the scenes, some of which were not so pretty.

The sensual scenes were tasteful and well thought out.

The players are marvelous and I could clearly see them; this blurred the line between fantasy and reality.  The author really grabbed my attention right away and got me emotionally involved with the story.  Needless to say there are page turning scenes throughout.  You are going to need to carve out some time for this story as it is on the long side.  At the end, I wanted more of the action.  I’m ready for a sequel!

Lynn Lawler is a writer whose fictional stories reflect women’s everyday lives. Her plots include themes about the unknown, mysterious, and mystical. The diverse characters show us that we are all the same on the inside. Originally from Michigan, she traveled to Arizona at the start of her spiritual journey. While there, she worked in an outdoor market and a food co-op. She also studied Reiki and Theta DNA™. As her characters face life-changing events, they come to life by awakening to the spiritual truth about themselves. At the same time, the players must endure extreme challenges that deepen their character. She is the owner of Lynn Lawler’s Creative Artists Blog, a site where she presents book reviews in various genres, including speculative fiction, fantasy, and romance. You can find author news and guest blogs at www.lynnlawler.blog. Her interests include meditation, helping the homeless, gaming, watching baseball, and playing chess. She lives at her home with her wife and cats in Southern California. Currently, she is working on another adventure. For news and updates, go to www.lynnlawlerbooks.com. View all posts by Lynn Lawler