Hello friends. It is good to see you today. A lot more has been happening. First of all, I want to thank all of you who have been supportive. Just this summer we lost our Onyx, who was only seven years old. She was my buddy and I miss her so much. She will always have a special place in my heart. It was a riot watching her run around the back yard and then run up the tree. She used to wander until the next door neighbor’s dog scared her away, so she stayed in the back yard. What was fascinating was that she would play fetch with us like a dog would. We often wondered if she was part lab since she was obsessed with water. Things like flowers in a vase would intrigue her. Then she would tip it over.

Recently, we adopted a new friend. His name is Maui, named after our wonderful vacation, and he is a ball of joy. Not that he’d ever replace Onyx. He is about 8 months old and is a ball of fire. Like Onyx, he too, loves the tree in the backyard. He loves being in stealth mode too, especially when he is chasing squirrels out of the yard, which he has officially claimed as his. Chasing balls and the string game are faves of his.

I have been busy beta reading for a friend of mine. Her story captured me right from the start and kept me with it the entire ride. The story will be published early next year and is full of twists. I will keep you posted.

On October 23, 2015 I interviewed Amy Dunne, author of “The Renegade”. We also had a gift giveaway which Annette Mori won. Amy Dunne gave away a free copy of her book. It was fun and I appreciate all who participated. I am currently reading this book so stay tuned for my upcoming review.

I am hard at work with my three stories. The beta readers who have helped me have been a gift and their feedback has been very valuable. Thank you! 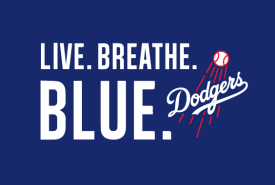 It was exciting watching baseball this post-season in “October”. The Dodgers won their division for the regular season. Yeay! However, when it came time for them to play the Met’s, they fell apart. I was so disappointed since I was hoping they were going to go to the World Series. Kansas City pulled ahead and got the prize. Congrats to them since they haven’t won the title in 30 years! It was exciting to see this team so into the moment with joy. They have some really great players and I felt they deserved it.

The Dodgers are in the process of building their next season’s team – so hopefully they’ll take that ball and run with it. After an anticipating wait, the Dodgers have finally selected former Dodger Dave Roberts as Manager! This is exciting news and I feel he’s going to lead the team all the way into the postseason next year. For those of you who don’t know, Dave was on the team from 2002 to ‘04 and played in centerfield. Go Blue 2016. 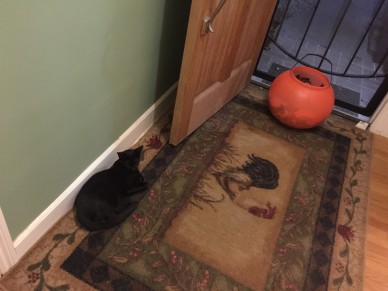 This time of year is always a favorite time for me. I have been a fan of the holiday season since I can remember. For Halloween, we decked out the house with some decorations and had a party. I made my famous pumpkin pie, which was really fun. I also made homemade chili, and corn bread. In addition, I made my famous pumpkin bread and homemade vegan enchiladas for my wife’s company potluck. This was the first time I was invited to a company function. It was great to meet her co-workers and see them enjoy the food.

Here is my pumpkin pie recipe:

Put flour and sugar into a bowl. Cut butter into flour using a mixer. Mix until flaky. In a separate bowl, mix together oil and cold water. Blend this with flour mixture until you can form a ball, then set aside covered for a half hour.

Roll out dough on a piece of parchment paper so that it fits your pie pan. With the crust in place, fill with the filling. Bake at 350° for 45 minutes. Check using a toothpick. If it comes out clean, it’s done. Enjoy! I take mine with a cup of hot joe.

Recently my wife and I took a day trip up to Point Dume, which is our favorite beach. It was a sunny day and the sun’s reflection upon the water was breathtaking.

While there, we strolled along the beach, absorbing the negative ions that were in the air. Strewn every so often were bunches of kelp. What fascinated us were the footsteps in the sand. We visualized what story the very strange patterns of footsteps were telling. Some were joggers along the beach. Others were just people like us, wanting to enjoy the essence of the ocean by just simply strolling along.

Afterwards we drove up PCH along the coast and enjoyed the beauty of the coastline.

This Thanksgiving, we went to visit our sister-in-law, who lives about three hours away.   I made a vegan cuisine, complete with Tofurky, cranberry pierogis, gravy, and pumpkin pie, which we packed. I haven’t been out her way in a long time so it was reminiscent of trips we’d taken in the past through the desert.

I used to take random road trips throughout Arizona, just to get away and enjoy the pretty sights. The serene desert clears my mind. It is a spiritual centering experience to drive through a lightning storm with thunderous clouds, only to follow with pure sun blue skies once again. I love my big city, but it feels good to get away.

On Dec 18-15 Linda Bates, author of “Everlusting Love” will be with us answering questions such as this one: Can you share with us a bit about your love for poetry? Linda is from the UK and is the author of ‘American Dream’ and ‘The Life of a Lesbian Kisser’, both of which are available on Amazon. 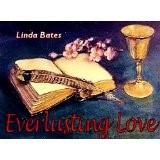 I want to give a shout out to those of you who retweeted my tweet about author Judy Folger, author of ‘Family Pride.” Judy is one who loves to spread good vibes and her writing is rich and heart-felt.  Thanks so much!

This holiday season I want to wish all of you a safe and fun time. This is also a time for reflection and giving. A great way to share is to participate in donations to your local food-bank. Imagine how happy you can make someone by providing healthy food. Let’s all go out and make our earth a better place. Go out and open doors at the store for mothers who have children in tow. Thank the cashiers and say something that will brighten their day. These actions may be small, but they mean a lot and are well appreciated.

Join the conversation at #enlighteneddesire

One thought on “Season’s Greetings to All”